A survey by the TRESCA EU research project details how scientific disinformation and misinformation abounds. The group is working on tools to help manage this digital plague of our era.

Spoiler alert: Of course, the landing really happened. But don’t try telling that to the 25% of Europeans surveyed by the TRESCA EU research project on misinformation. When asked about the landing last year, a fourth of the 7,120 people surveyed in seven countries agreed with a statement that it had all been a hoax.

That response may surprise you (assuming you’re among the majority who believe in rockets and astronauts). But In studying European attitudes towards science – and online lies or distortions about it – the TRESCA research team has gotten further confirmation of what social scientists have been observing for years: A not-small portion of the population doesn’t trust authority in general and doesn’t trust scientific authority in particular. And on social media, they spread and reinforce each other’s scepticism.

This is no small problem, as we have seen lately with the rise of vocal anti-vaxxers, some of whom promote theories that the COVID-19 vaccines insert microchips in people so the government can spy on them, or that the disease itself comes from 5G wireless transmission towers. Studying how widespread this kind of thinking is online, and what can be done to combat it, is among the goals of TRESCA. The six research partners in the project, funded by the EU’s Horizon 2020 programme, are coordinated by Erasmus University Rotterdam. And they have been surveying citizens on scientific dis- and misinformation, preparing an online training course for science communicators, and prototyping a “misinformation widget” to help individuals to fact-check online information.

What they found in the survey, however, is shocking.

In February and March 2021, the researchers commissioned a survey in France, Germany, Hungary, Italy, the Northlands, Poland and Spain, reaching more than 7,000 people in all. Among the questions posed was a set about trusting institutions and believing conspiracy theories. Besides the moon landing results, the responses included:

The results differ by country and age of the respondent. A separate sampling of 1,533 young people from age 16 to 25 in Germany, Spain and the Netherlands found even more doubt the moon landing than does the general, older population: 35%, vs. the average 25%.

These findings fit into a disturbingly well-established history of conspiracy thinking. In a separate survey in April and May of 2021, the EU’s statistical agency, Eurostat, found that among the 37,103 people Eurostat it questioned, 28% believe that “the cure for cancer exists but is hidden from the public by commercial interests.” By contrast, 56% say it’s false, and the rest – in Eurostat’s official language -were “unable to express an opinion.” Of course, it’s nice to know the majority don’t buy into that particular conspiracy. Still, it’s a sizeable minority that do. Likewise, 26% agreed that “viruses have been produced in government laboratories to control our freedom.” To both questions, Bulgarians are among those most likely to say yes.

And this is far from a uniquely European phenomenon.  As far back as 2013, before all the social media alarm bells were ringing, a US survey by Public Policy Polling found that 28% of American voters believe there is a secretive global conspiracy to rule the world. Republicans were twice as likely to believe that and related conspiracy theories than were Democrats: 34% vs. 15%. Indeed, 20% of Republicans surveyed believed that former President Obama was the Anti-Christ.

Foolishness? Certainly, but deadly serious for the future of democratic societies. Of course, as is often said, you can’t stop stupid. But we can do a better job in developing tools and methods for managing the spread of such harmful conspiracy theories in our weaponised social media channels. 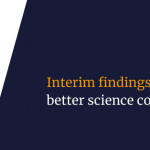 How to create better science communications – interim findings from the TRESCA projectDec 15, 2021

Why do we end up believing in conspiracy theories?

By Sara Degli Esposti and Turkay Nefes, CSIC If you believe that powerful people intention