The sudden outbreak of the coronavirus pandemic – to give an example that affected all our lives – was a drastic reminder of the importance of science communication. Scientists and researchers, policymakers, journalists or media and citizens etc. can attest that measures to contain the spread of the virus will only be socially accepted if the communication between these stakeholders is effective.

To increase the likelihood that quality scientific findings and advice are taken into consideration during the policy-making process, science communication can play an important role. Tackling the need to strengthen scientists and researchers being important voices of evidence, TRESCA produced an online survey for scientists and recently finished analysing the results this online survey about scientists’ motivations to engage with scholarly communication (or science inreach) and in science communication (science outreach) addressed to public, politics, media or further stakeholders. These findings will now open a conversation about ways to align current incentives to foster academic and scientific excellence with new methods and instruments better able to acknowledge the important social role science and scientific information plays in current times.

By analysing the results of the TRESCA online survey on the “Engagement in Science Communication Across Europe”, which was aimed to scientists and researchers from all disciplines during the summer in 2020 and complemented by desk research on four academic contexts including Austria, Hungary, Spain and the Netherlands, two major narratives on (pre-)conditions  became visible. Considering these fundamental feedbacks gained by the TRESCA survey, the conclusions in this blog offer a set of starting points for better science communication, especially to improve conditions and infrastructure for young scientists and beyond an early phase of their career. In figure 2, an overview of respondents per country is shown.

Lack of Time as Main Culprit?
The present incentive systems still strongly rely on scientific publications as a measure of scientific excellence. And despite its importance, a “lack of time” and “resources” to communicate these findings to non-academic audiences limits the capacity of science to produce a positive effect on society. Some disadvantaged groups, such as female scientists and young scholars, can feel pressured to demonstrate their scientific excellence and be discouraged from engaging in important science communication outreach activities. From the survey results, it’s interesting to note that financial support does not seem to be an important factor to engage with science communication.

Balancing Scientific and Societal (Impetus and) Impact
To further elaborate, not only the excellence of science, but the impact of science on society needs to be better acknowledged alongside the career of a scientist and during the PhD training process. For example, taking public relations and communication courses during the PhD can greatly improve a scientist’s self-confidence and communication effectiveness, which are transferable skills that are always useful.

Regarding indicators of scientists’ engagement with outreach science communication activities, it is important to remember that in the current digital media environment, these information are already available and considered in the elaboration of altmetrics indicators under development, and that are trying to improve accuracy of more traditional scientometric indicators.

Intensifying Public Engagement Through Interactive Science Communication
More interactive forms of science outreach could be beneficial and help scientists and citizens (and other stakeholders) to collaborate better with each other.  Seemingly  less known- and more  expensive – science outreach formats such as science festivals  and cafés, and specific types of citizen science engagement projects (putting a focus on those projects involving citizens not only as data collectors), if promoted, could help satisfy the need of researchers for higher visibility and feedback about the relevance and impact of their research.

Female Power for Science Communication and Societal Impact Needed
Female scientists were perceived as a underrepresented group in science communication, was the finding in the TRESCA study. Although of course, the visibility of women in science and academia also depends on the field. Many respondents mentioned that women get some visibility only after reaching a certain level, generally higher career position, which is a problem that affects young female researchers. Based on the TRESCA findings, women tend to give less importance to science outreach than men, which could lead to their early research success going unnoticed. The underlying (institutional, scientific, cultural) reason of this phenomenon should be explored and tackled: if women realise early on the value of science communication and participate in science outreach more frequently and successfully. This might help to break the “glass ceiling” in certain countries and scientific fields and offer role models to young girls and motivate them to learn more about science.

From a future of science standpoint, we may claim that the problem of a limited visibility for young researchers, women in particular, bring several drawbacks. Having more young researchers active in science communication outreach activities would help increase the scientific literacy and bring awareness of science to younger generations, who would feel more empowered by seeing role models. To compensate activities in outreach, one example of good science communication is prizes and awards that could be given on a merit basis to CVs of early career scientists. 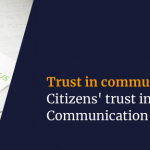 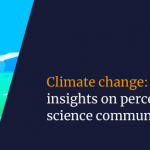